Proposals for a luxury hotel on the site of Scarborough’s former indoor swimming pool on Ryndle Crescent will not go ahead.

Local businessman Nick Thomas MBE and his wife Sandra have said they have withdrawn their £15m investment to build a new ‘4 star+’ HQ hotel on the former site of the North Indoor Pool Bay at Scarborough.

“Sandra and I wanted to create a destination hotel for Scarborough. In the style of Leeds’ popular Dakota Hotel, our HQ Hotel would have complemented, not competed with, existing accommodation in the city.

Our hotel would have been the perfect ‘centerpiece’ for North Bay’s master plan, and as Scarborough’s only high quality 4*+ offering would have attracted more affluent visitors to the town.

The deal was then submitted to the North Yorkshire County Council (NYCC) for Section 24 clearance under local government reorganization rules.

On October 24, SBC officials warned me that the NYCC intended to oppose the deal citing “best value” at its October 25 meeting.

We weren’t prepared to debate the specious notion that paying £1,000,000 for a site valued at £318,500 to deliver a flagship asset in Scarborough was anything but ‘best value’. We therefore withdrew our offer before NYCC could object, and so unfortunately a unique opportunity for Scarborough has been halted by what appears to be a political power play.

Mr. Thomas wanted to build a hotel with 100 rooms, including several suites, with or without a view of the sea.

On the ground floor, there would be a bar, restaurant and meeting space.

It has been claimed that the hotel has created around 120 new jobs, provided around 70,000 additional night beds a year and contributed an additional £3.4million to the local economy.

In July this year, the Scarborough Borough Council cabinet approved the sale of the pool land to HQ Hotels, but the deal was subject to County Council approval. 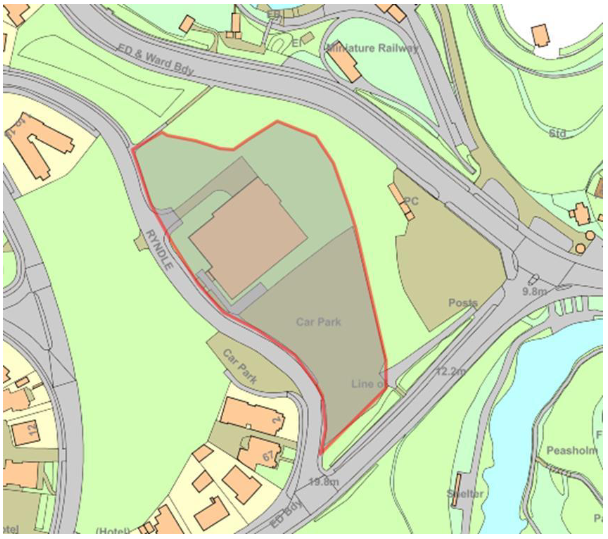 Scarborough Borough Council will cease to exist in April next year when, along with the County Council, it is abolished and replaced by a single unitary council for the whole of North Yorkshire. As part of the transitional arrangements, the government put in place a special directive earlier this year giving North Yorkshire County Council the power over any significant financial transactions that borough or district councils wish to carry out. The legislation prohibits district and borough councils from entering into revenue contracts and land disposals exceeding £100,000 or “capital contracts” exceeding £1 million without the consent of the county council executive.

The sale of the pool land was due to be discussed by the county council executive today, but the item was taken off the agenda and no discussion took place. The report presented to the executive of the departmental council asked elected officials:

The report made no recommendations but outlined a number of “issues for consideration”, including:

The report also highlighted that:

“In the opinion of SBC’s officers, SBC’s proposal complies with the relevant legislation for the disposal of a council asset”

“The way the new unitary authority has used its powers has led to a lack of confidence from a major investor. This led them to withdraw their investment in this borough and an investment that has provided transformational opportunities by creating a new hotel, 150 living wage jobs and a training academy as well as high quality amenities for visitors to this tourist town.

At a time when every local authority is looking for ways to regenerate and improve residents’ life chances, North Yorkshire’s behavior makes no sense.

The real losers here are the inhabitants of this district with job opportunities, training and a quality reception offer in the air.

Scarborough Borough Council has a number of transformation projects in the works and I urge North Yorkshire to work with us to provide the regeneration investment this borough badly needs.