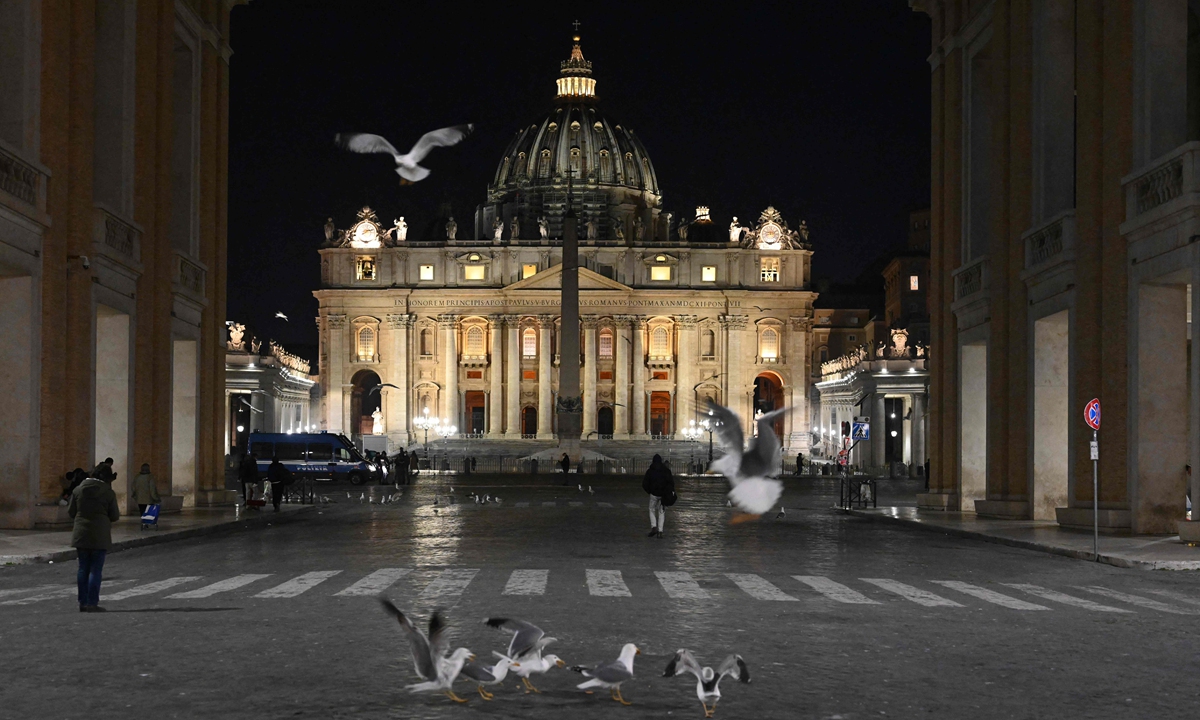 A view shows St. Peter’s Basilica in the Vatican on March 27, 2021 before the lights were turned off for Earth Hour. Photo: VCG

The Vatican has sanctioned a retired Polish archbishop for covering up child sexual abuse, the Archdiocese of Wroclaw said on Saturday, the latest in a series of such sanctions in the pious country.

The case against Marian Golebiewski, 83, is just the latest sexual abuse scandal to hit the Catholic Church in the predominantly Catholic EU member state.

“Following formal notifications, the Holy See has taken legal action regarding the reported negligence of Archbishop Marian Golebiewski in cases of sexual abuse of minors by certain priests,” said the archdiocese.

The neglect took place while Golebiewski was Bishop of Koszalin-Kolobrzeg in 1996-2004, as well as when he was Archbishop of Wroclaw in 2004-13, he added.

Following his investigation, the Vatican decided to ban Golebiewski from public services and order him to donate to a Catholic foundation for the protection of minors.

The Church, which wields strong political influence in Poland, has been rocked by a series of abuse scandals in recent years. Since 2020, the Vatican has sanctioned seven other Polish bishops accused of covering up abuses, as well as a cardinal.

In July, the State Committee on Pedophilia announced that nearly a third of the 345 cases of child sexual abuse committed between 2017 and 2020 it examined involved members of the clergy.

The committee, set up in 2019, also said it had not received a response to its requests for documentation from the Polish Catholic Church.

In its own report presented in June, the Polish church said it had received 368 allegations of clergy abuse from July 2018 to the end of 2020.