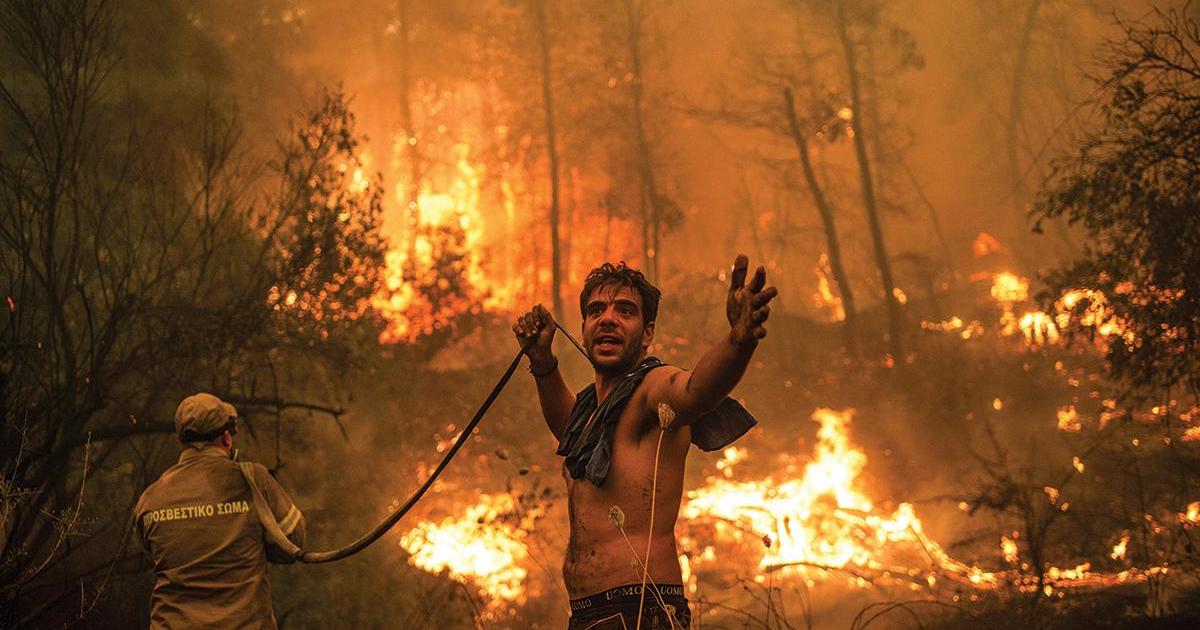 As the markets went through the August slump, the world we took for granted has changed irreversibly. Five years ago, I was tasked with documenting COP21 – the 2015 UN-sponsored climate change conference in Paris. The Paris Agreement marked a high point in international diplomacy, with 196 nations agreeing to do everything in their power to prevent global temperatures from rising more than two degrees above 19th century levels. Scientists had painted a grim picture of the rapidly warming earth, and a rare sense of urgency animated the congregation.

However, the final document was vague. Questions such as how to account for carbon reductions, how to achieve them, or even which sectors of the economy to include, have been relegated to future meetings. And the final document was simply voluntary. Sanctions were not even considered. When 200 diplomats have to agree on a written document, each new provision or minor modification must be translated into dozens of languages. Egos swell. Governments draw red lines. The result cannot be more than the lowest common denominator.

Distant tropical archipelagos that have already suffered the ravages of rising sea levels have tried to push for more ambitious goals, supported by NGOs and the Holy See. Their pleas had to give way to what was politically feasible, which was, as I said above, not much. Fault lines opened between the industrialized West and emerging economies which reported historic and per capita emissions and demanded money.

China, the world’s largest polluter, responsible for 27% of global greenhouse gas emissions, has acted as the champion of the poor and disadvantaged, counting itself among them. He rebuked the West’s industrial past, pointing out that poorer countries like themselves, eager to catch up, could not expect them to give up unfettered industrialization to make up for the sins of the others.

Gulf countries were eager to downplay their role in fossil fuels, and coal economies like Poland and India insisted on “best effort” terms. With the election of Donald Trump the following year, the United States, so pivotal to the Paris conference, signed and left the agreement in limbo.

Earlier this month, the United Nations Intergovernmental Panel on Climate Change released its latest assessment report which made the Parisian fall hopelessly optimistic. The report states unequivocally that anthropogenic emissions of methane and carbon dioxide are causing climate degradation and that, as a result, average temperatures are rising faster than expected.

To prevent average global temperatures from rising more than 1.5 degrees from pre-industrial levels, more than 500 billion tonnes of CO2 should no longer be emitted from now – the industrial exhaust of just 15 years . This assessment excludes the impact of deforestation and methane emitted by melting permafrost. In other words: we are too late to preserve the world as we know it and are now heading dangerously towards a habitable world. It’s not about coral reefs or the white rhino anymore, it’s about everything: food, water supplies and a life from floods, storms, droughts and fires. There will be such hot summers that our catacombs and underground WWII facilities will have to function as thermal shelters for the frail.

Every summer, for 25 years now, my family has escaped from the tourist hordes of Malta to a Greek island. Its summer temperatures are moderate, tempered by strong winds from the sea. At night, the thermometer steadily dropped 10 degrees, cooling our house without the aid of air conditioning. Farmers on the island see no need for irrigation as the morning dew would reliably water the vegetables and fruit trees. This idyll is shattered. Scorching summer temperatures, the bane of Central, Eastern and Mediterranean Europe in recent years, are now also the fate of the island.

As I write these lines, the TV news reports footage of Erftstadt in Germany, the town on the outskirts of Cologne that has been rained down into an abyss and reports on Lytton, the village in British Columbia that had disappeared in a sea of ​​flames. Walls of fire glisten across the screen as forest fires in Greece, Turkey, Albania, Kosovo, North Macedonia, central Italy and Sicily destroy lives and livelihoods. California vineyards are on fire and Siberian peatlands are burning.

Our island garden has given up: no tomatoes, no peppers and no cucumbers this summer, just brown stems and leaves. Our lemon and walnut trees are bare branches. The morning dew is missing and our wells have almost dried up. The sea around the island has also changed dramatically. Seashells, fish and molluscs have become scarce and the reefs around the island are devastated by the proliferation of lionfish, from the tropical Red Sea, which we first saw just a few years ago.

A while ago I came across a nifty installation by British artist duo Tim Noble and Sue Webster. In a dark room, light from a projector was projected onto piles of household garbage, artfully creating shadow images of beautiful, kitsch landscapes with flowers and butterflies. I was reminded of this when trying to convey the beauty of nature to my two year old grandson. How fantastic will my stories sound like a few years from now, when all of our fun will have to be focused on a solitary tree, a formicaria, or a carefully tended potted plant? The air smells of hot ash as plumes of Peloponnesian smoke are carried across the water, rustling the sun and soot coating the sea surface and the salt marshes of the coast.

As investors, we are concerned about inflation, growth, debt and unemployment. We follow with daily apprehension vacillating interest rates, employment numbers or the outbreak of COVID infections to make sound judgments about future gains or losses in stocks, bonds, commodities and real estate in order to cover our bets. I am not sure that I can meaningfully assess the much earlier than expected economic impact of sea level rise, unpredictable weather phenomena or the displacement imposed on us when increasingly larger parts of our globe becomes impossible to cultivate and inhabit.

The growing disruption caused by climate change will have enterprising winners but many more losers. Even if we could identify them, would the markets come to the same conclusions? Many goods, such as raw materials, water, energy and living space, will become scarce. Non-life insurance is going to work badly. Analog systems will come back. The economy will get sick and inflation will be off limits. The economy will look less like the stagflation of the 1970s and more like a war economy. Decisions of the past, such as electric cars, dubious carbon offset programs, burning wood pellets or abandoning nuclear power will be regretted. As our hopes of alleviating the causes of global warming diminish, we are waiting far too long to better prepare for a difficult future.

The purpose of this column is to expand the general financial knowledge of readers and should not be construed as offering investment advice, or advice on buying and selling financial products.

Independent journalism costs money. Support Times of Malta for the price of a coffee.

Leeds Bradford Airport: Amber List countries that could move to Green or Red Lists next week