Foreign Minister Liz Truss is urged to block the appointment of Rwanda’s top diplomat in London due to his central role in the kidnapping and detention of the country’s most notorious human rights activist.

Senior MPs from the two main parties are calling on Truss to impose urgent sanctions on Johnston Busingye, Rwanda’s former justice secretary, to prevent her appointment as the CAR regime’s next high commissioner.

Mr Busingye demoted by Rwandan President Paul Kagame after admitting their government chartered a flight that led to the seizure of Paul Rusesabagina, the real hero of Hotel Rwanda who saved more than 1,200 lives in the genocide from 1994.

Mr Rusesabagina – a critic of the dictatorship – was tricked into traveling to Rwanda after boarding a private jet from Dubai that he believed was going to a neighboring country. The 67-year-old man was jailed for “terrorism” in September.

Mr. Duncan Smith asked why Mr. Kagame was proposing to send “this abusive individual” to represent his nation. “Do they think the UK is a soft touch? ” He asked.

“This man should be sanctioned, not sent as their goddamn ambassador,” he told the Mail on Sunday.

“It is a shame that the government has not yet made it clear that we will reject its powers. We have to make a very strong statement.

Chris Bryant of the Labor Party said it was “inconceivable” that ministers would accept the nomination. “Instead of sending a bus to take her to Buckingham Palace to meet the Queen, they should ban her from entering the country.”

The MPs are co-chairs of the Multistakeholder Group on Magnitsky Sanctions, which aims to target those responsible for corruption or human rights violations.

Bill Browder, the financier who lobbied for such laws around the world after the assassination of his lawyer Sergei Magnitsky in Russia, said Rusesabagina was a hero, adding: “His only real crime was to criticize Kagame.”

Mr. Rusesabagina was the manager of the Hôtel des Mille Collines in Kigali when he saved the lives of 1,268 people seeking refuge there amid the horrors of the genocide. 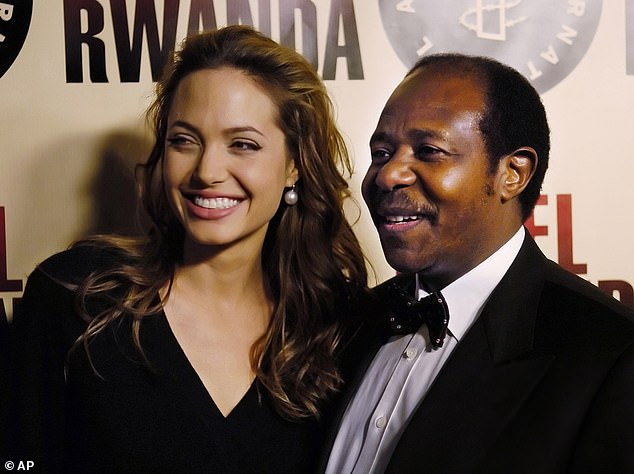 Fearing for his safety, he then fled to the United States where he was awarded the Presidential Medal of Freedom.

A fierce critic of Mr. Kagame, he co-founded the Rwandan Movement for Democratic Change, a coalition of opposition groups.

The Rwandan regime, which is used to smear its enemies, accused him of being “the founder, leader, sponsor and member of violent, armed and extremist terrorist groups”.

He denied all the charges.

Human rights groups condemned his illegal seizure and called the trial a masquerade. Rusesabagina was sentenced in September to 25 years in prison.

Mr Busingye’s admission of his government’s role came after a video was inadvertently sent to al-Jazeera. It showed that he was being coached for an interview with the broadcaster by Chelgate, a London specialist in “reputation management”.

In the footage, he admitted that prison authorities intercepted confidential correspondence between Mr. Rusesabagina and his lawyers, which he denied during the interview.

In a second interview, he confirmed that the regime had paid for the plane that took Mr. Rusesabagina to Kigali and for the individual who trapped him on the plane.

“This man supervised the kidnapping and torture of my father,” said his daughter Carine Kanimba.

“He should be disqualified from a role that requires the incumbent to be a person of integrity.”

The Foreign Ministry, which can veto ambassadors and high commissioners, declined to comment, and the Rwandan government did not respond to a request for comment last night.