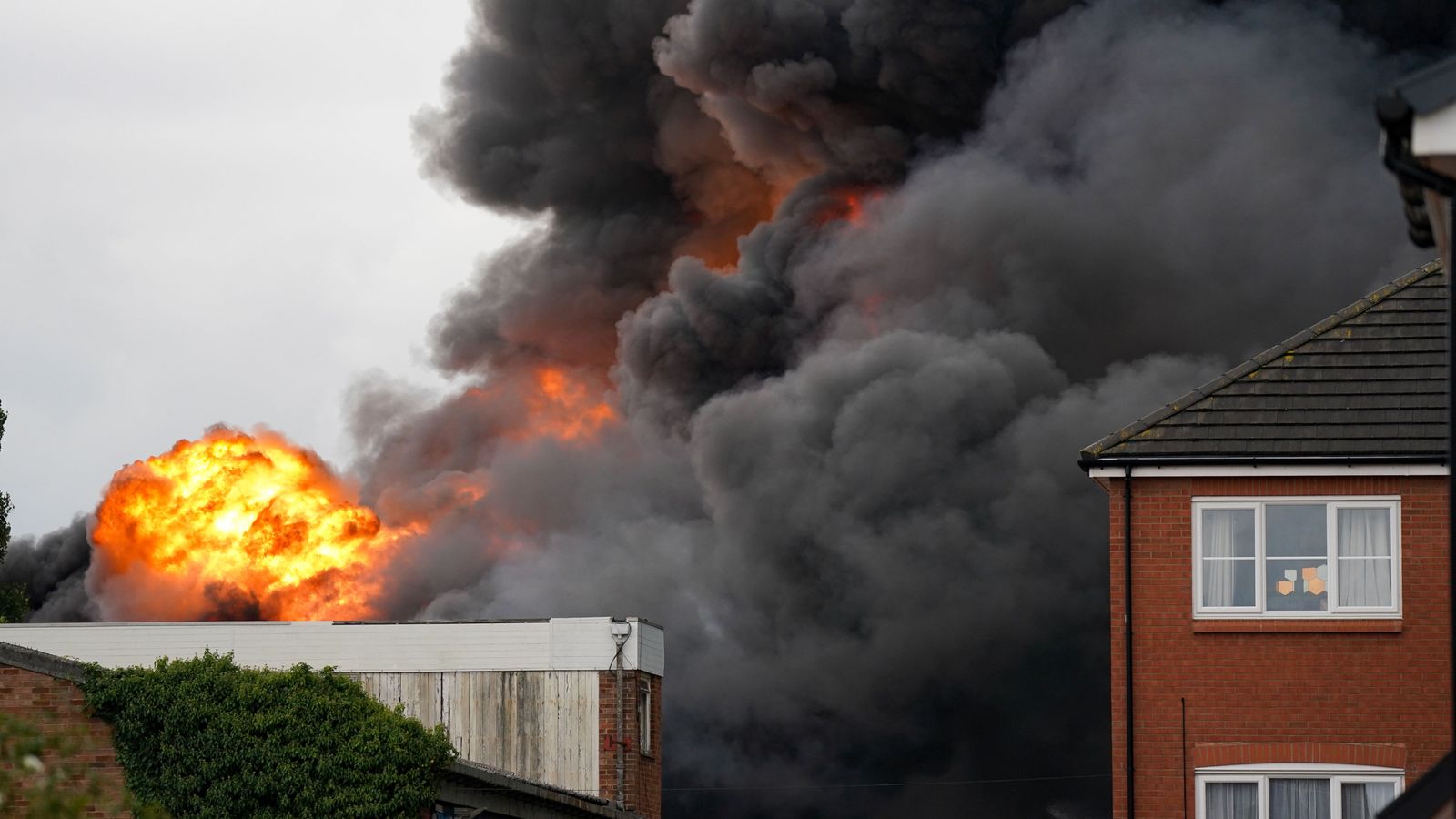 A large fire broke out in an industrial area of ​​Leamington Spa, with people evacuated from neighboring properties fearing chemicals were involved.

Local Labor MP Matt Western said he had heard that the fire could involve chemicals from a plastics business unit.

He then tweeted: “The fire at the Juno Drive factory has deeply shaken Leamington. The scale of the fire is staggering.

“I have spoken to the police and fire chiefs who are increasingly confident in containing him. Please follow the directions.”

The West Midlands Ambulance Service said there were two paramedics and a hazardous area response team at the scene, but there were currently no casualties.

Huge fire at South Leamington Spa, which gets bigger by the minute. The helicopters are spinning and hearing explosions now. This is the view from Warwick Street, near the fire station, so it looks like it could be around the station. Pray that no one is hurt. #leamingtonspa pic.twitter.com/LhuW03YmxU

Warwickshire Police said properties near Juno Drive were being evacuated.

Anyone living within 70 meters of the site is urged to keep windows and doors closed, while police have also closed roads nearby.