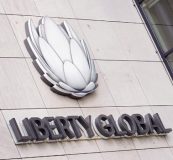 Almost three million Liberty Global customers in Poland and the Netherlands will benefit from a free upgrade to smart WiFi services, giving them the fastest and most stable connections for all their devices.

The upgraded services are being deployed in partnership with SaaS experience platform provider, Plume. Liberty Global has been investing in Plume since 2014, through its investment subsidiary, Liberty Global Ventures.

Over two million VodafoneZiggo customers in the Netherlands will be able to access the service from now, and 850,000 customers of UPC Poland will receive it at end of the month. It will allow them to set up an adaptive mesh WiFi network, which automatically switches to the best frequency, chooses the optimal WiFi access point and optimizes the signal according to the use at home or in the office.

With Plume’s smart WiFi module designs, users will be able to achieve a fully optimized WiFi signal wherever they are in the home. Liberty Global’s Connect app – known as the SmartWiFi app in the Netherlands and the UPC Connect app in Poland – will allow them to install the modules, while the adaptive WiFi software and AI algorithms from Plume are constantly optimizing the network through the cloud to deliver the best possible experience on every device.

The announcement follows a similar launch in the UK in January, when Virgin Media presented its Smart Wi-Fi Plus service to all its customers.