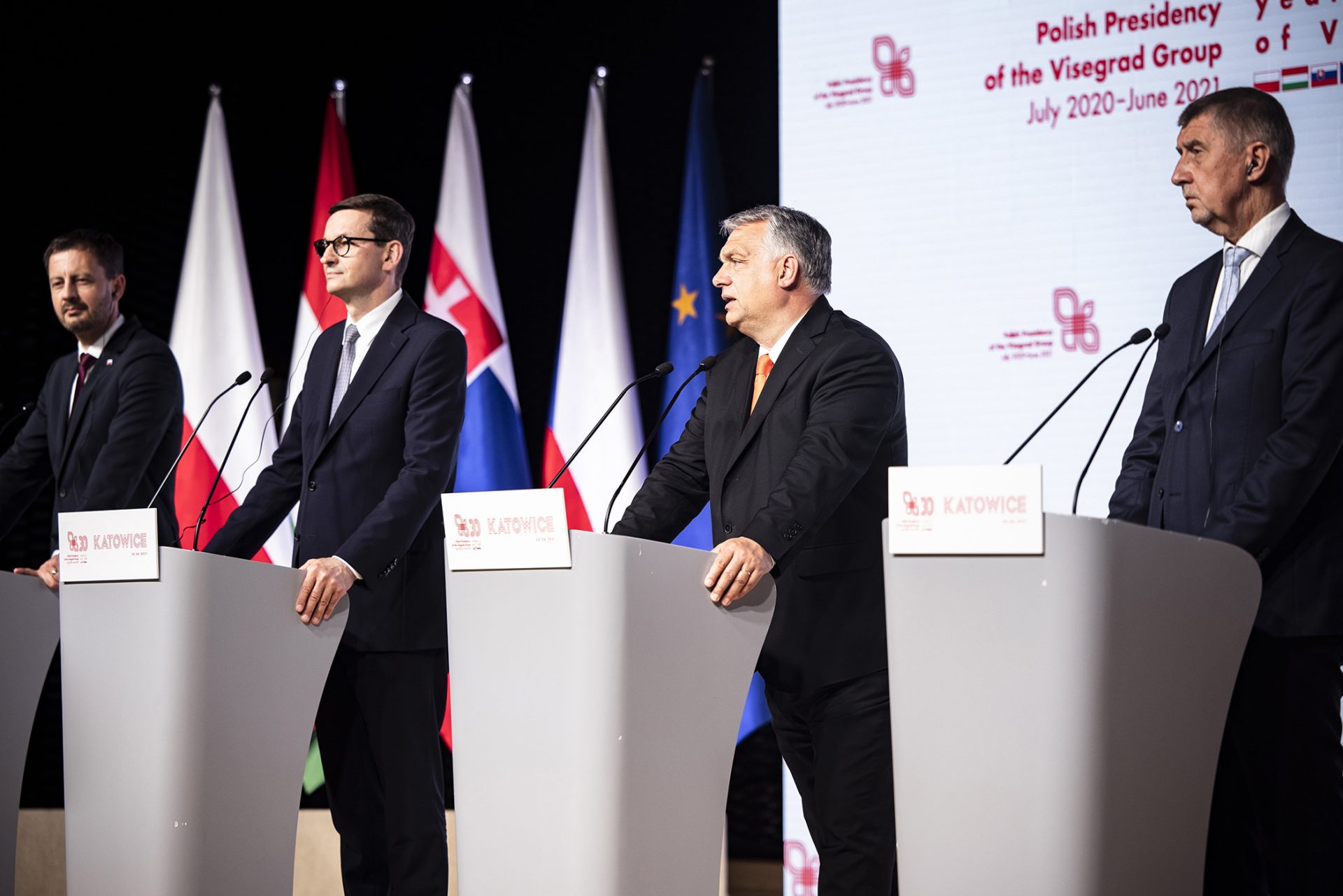 The Hungarian presidency of the Visegrad Group will encourage the efforts of member countries to become the winners of global economic changes, Prime Minister Viktor Orbán said in Katowice on Wednesday. Orbán told a press conference marking the end of the Polish V4 presidency that the Hungarian presidency, which begins on July 1, will help members of the Visegrad group (Czech Republic, Hungary, Poland, Slovakia) to restart their savings by stimulating investment. As taxes must be kept low to attract investment, Hungary does not support international initiatives to raise taxes, he added.

Orbán cited security as another important goal, adding that it was closely linked to migration. Hungary does not support the compulsory distribution of migrants, he said, adding that migration poses a particularly significant risk in the current health situation.

In addition, Hungary advocates the fastest possible European integration of the countries of the Western Balkans, the Prime Minister said.

Orbán also stressed the need for a restart in intellectual terms. He said the countries of the Visegrad Group, both individually and as a group, will participate in the debates on the future of the EU.

Orbán praised Poland for their performance as V4 chairman in what he called the most difficult year in decades. Nonetheless, cooperation continued between the four members and none of them was left alone in difficulty, he added. Members of the Visegrad group have cooperated in transporting citizens to their homes when Covid restrictions made travel difficult, distributing equipment, sending doctors between them and also access to vaccines, a- he declared.

Orbán said that after the coronavirus pandemic, the global economic and political status quo has changed. The world’s largest free trade area was established in Asia and the UK left the European Union, he said. The Prime Minister said good relations with Britain should be maintained even after Brexit.

Orbán said that if the V4 countries were seen as a single entity today, they would represent the 17th largest economy in the world, with economic growth twice as fast as that of the EU and public debt only 4% of that. of the EU. After Germany, the V4 countries have the highest number of workers in the EU, he said.

In response to a question, Orbán said overcoming the region’s lag in infrastructure development was a priority. During the Cold War, connections were made in an east-west direction and the situation has not changed since, he said. However, the construction of north-south links has now become vital for the V4 countries. However, it remains to be seen to what extent EU funding can be involved in this program, he said.

Orbán said that Central Europe represents a considerable economic weight in the EU economy. The countries of Central Europe are full members of the European Union with major contributions to its overall performance helping the bloc to keep pace with other regions. As a result, they demand respect, he said.

The prime minister said Hungarians would never accept other EU members telling them how to raise their children. They also won’t accept someone saying that a central European nation should be brought to its knees, he said.

For the Hungarian economy to recover quickly, the economies of the other Visegrad Four member states should also grow dynamically, said Peter Szijjarto, Hungarian Minister for Foreign Affairs and Trade, in Katowice, where he attended the Wednesday summit of prime ministers of the Visegrad group.

Hungary’s trade turnover with its three Visegrad partners has exceeded 10,000 billion forints (28.5 billion euros) even in the last “dark year” of world trade, he said. he said, adding that the Czech Republic, Poland and Slovakia together accounted for 14% of Hungary’s trade. Since the “remarkable economic achievements” of Central Europe are due in large measure to low taxes, all external attempts to force countries in the region to raise taxes must be rejected, he said. he declares.

The Hungarian V4 Presidency will spare no effort to prevent the imposition of the global minimum tax on the Visegrad Group, Szijjarto said. “It is in our vital interest that fiscal policies remain under national control,” he said.

Regarding the security challenges for the post-pandemic world, Szijjarto said that “Brussels is once again putting mandatory resettlement quotas on its agenda, but it is in vain”. Central Europe should make it clear that it does not accept illegal immigrants, he said.