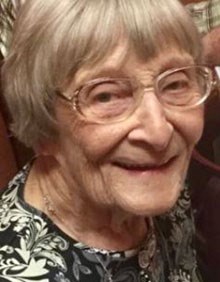 Throughout her life, Rose was active in several women’s clubs and enjoyed traveling, camping and spending time with family and friends. She led an amazing and active life and was adored by everyone who had the opportunity to meet her. Those whose lives she touched will always remember her kind and gentle nature, energy and witty sense of humor.

A memorial service and celebration of his life will take place at 9 a.m. on Saturday, August 14 at Drakes Landing in Canfield, followed by brunch.
In lieu of flowers, the family is asking for donations to be made to Easterseals of Mahoning, Trumbull & Columbiana Counties or the Rescue Mission of the Mahoning Valley on behalf of Rose.

Arrangements are made by Cunningham-Becker Funeral Home in Poland.
Condolences can be sent to www.beckerobits.com.