By mail the Sunday reporter

Immerse yourself in the history of World War II on this fascinating journey with historian, TV presenter and journalist Guy Walters.

Imposing: The exclusive tour led by experts from the Mail on Sunday takes readers to Colditz Castle in Germany, the imposing Renaissance fortress that was turned into a high-security prison during the war

He was made famous by The Great Escape, which came to life on screen in the 1963 film starring Steve McQueen.

On this trip, Guy will tell the real story of The Great Escape and show you around the camp and the routes taken by many escapees.

You’ll also spend a day at Colditz Castle, the imposing Renaissance fortress turned into a high-security prison during the war, and visit Gorlitz, where many captured men were interrogated by the Gestapo.

The story is a moving example of the fate and bravery of prisoners, famous for their heroic escape plans.

It’s hard to think of two other iconic places associated with the heroism and inventiveness of World War II. During this tour, Guy will bring to life the incredible stories of the soldiers who were held in these camps. “I can’t wait to get back to Colditz and Stalag Luft III,” he said. “I can’t wait to see you there, and I promise you we’ll have a great time.” 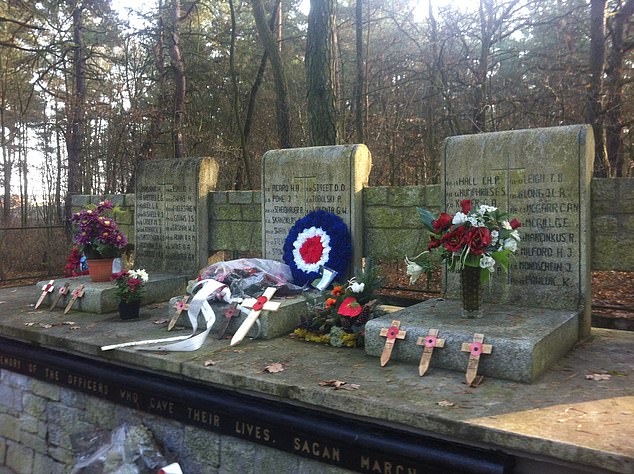 One of the stops on the tour is the site of Stalag Luft III, a Luftwaffe-run POW camp in Poland that housed Allied Air Force personnel. Above is a memorial to the executed escapees from the camp 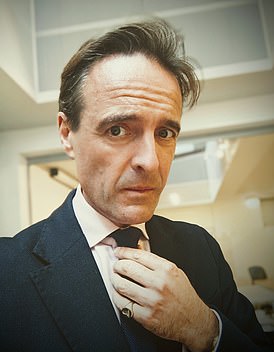 You will be joined by historian Guy Walters

Guy Walters is a historian, television presenter and journalist who has written a dozen books published around the world. These include The Real Great Escape – a definitive account of the legendary escape – and the novel The Colditz Legacy.

As well as talking about exciting escape plots, this tour will also be a chance to reflect on the harsh lives of prisoners, who were trapped behind castle walls and barbed wire for many years.

Your trip will also take you to Dresden and its Military History Museum where you can learn more about the defining conflict of the 20th century.

Check out Guy Walters’ advice: Guy will be with you throughout your tour, drawing on his superb knowledge of warfare and the real-life stories of Colditz and The Great Escape. He will give exclusive lectures and will be available to answer your questions during your trip.

Explore Colditz Castle: Originally settled in the 11th century, construction of the castle began around 1158 and it served as a watchtower over the Zwickauer Mulde River in Saxony.

Due to its location, it was quickly turned into a high-security prison camp for dangerous or escape-prone officers after the war began.

Discover the city of Dresden: In February 1945, RAF and US Air Force bombers dropped nearly 4,000 tons of bombs and incendiary devices on the German city of Dresden.

The 12th century town (an area of ​​over 1,600 acres) was largely destroyed by the three-day bombardment but has now been restored to its former glory. You will visit the Military History Museum and the Frauenkirche, a beautiful Lutheran church rebuilt in 1992.

Stay comfortably: Located in the center of Zagan, Hotel Willa Park offers en suite rooms, classic design interiors, wooden furniture, free Wi-Fi and a flat-screen TV. The hotel offers a spa and wellness center, a massage parlor and a fitness center. Guests can dine in the hotel restaurant and relax in the bar in the evening.

TERMS AND CONDITIONS: *Price based on two people sharing a room, subject to availability. Single supplement from £135pp. 20% deposit. Price and itinerary correct at time of printing but may be subject to change. Tour operated by and subject to TS Tours booking conditions. In the event of unforeseen circumstances, Expert(s) may be substituted and any Expert-led events may be subject to change. Experts will not join you for the duration of your trip unless otherwise specified.