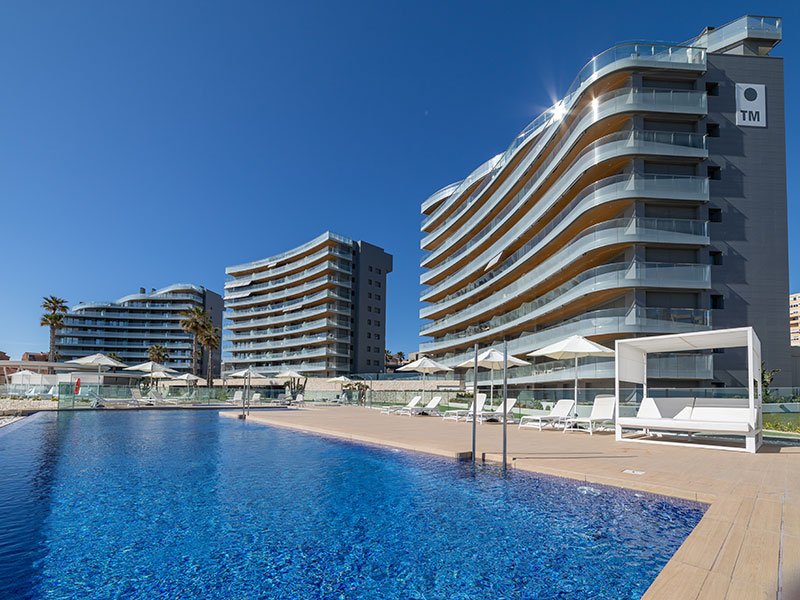 Torrevieja, July 20, 2021 – TM Real Estate Group, a leading company in the residential tourism sector in Alicante, specializing in the construction and development of holiday homes along the Mediterranean coast, has maintained its leading position in the sector in the holiday home market in 2020 with 1 138 houses and 18 projects underway in Alicante – Costa Blanca (68%), Almería (16%), Mallorca (8%) and Costa del Sol (7%).

Despite the direct impact of the COVID pandemic both on development activity in Spain and on the hotel industry in Mexico due to the two countries’ heavy dependence on the tourism sector, the figure of Group business reached 161 million euros, (8% less compared to last year), while its EBITDA stood at 24 million euros, (11% less than the previous year) .

The company, for its part, has a solid portfolio of 1 million m2of land to develop 12,000 housing units, the result of the pursuit of its strategic investment policy. The last operations carried out in 2019 for an amount of 42 million euros on the Costa Blanca and Mallorca served to guarantee the business plan for 2020-2023, which includes the development of more than 3,000 housing units, thus consolidating the presence of the group in the most requested areas. for residential tourism.

From a marketing perspective, until the state of alert was declared, the first quarter of TM Real Estate was aligned with the objectives established in the strategic plan. However, the closure of trade offices and restrictions on domestic and mainly international travel affected the sales and delivery levels for the year despite the fact that, both after the first state of alert was lifted and the successive de-escalation, the activity has recovered to pre-pandemic levels.

At the end of the financial year, the company delivered 468 housing units and sold 272 units to mainly international customers (74%), compared to 26% to Spanish nationals. These international clients were of more than 27 different nationalities led by Belgians (16%), followed by Germans (13%) then Poles (7%) in Spain; and by Americans (57%), Mexicans (31%) and Canadians (11%) in Mexico.

The main objective of the group in 2020 was to ensure the safety of people, strengthen financial solvency and reorient the business plan in order to guarantee the continuity of operations and services in all of its businesses.

In Spain, the company has chosen to continue all the projects that had been launched to meet these commitments, as well as to adapt and reorient its production according to stocks and sales forecasts. In addition, throughout 2020 the company has made a firm commitment to start work on iconic projects such as Flamenca Village in Orihuela Costa, in February; Sunset Cliffs in Benidorm, in September; and Es Molí des Trenc in Mallorca, in April. This is a strategic decision that has enabled the company to secure demand in the short and medium term, as well as to achieve the pre-sales target in the first months of 2021.

Despite the complicated situation in the tourism sector, the company has made progress in the hotel industry in Mexico and in July opened its third hotel in the Riviera Maya, The Fives Oceanfront Puerto Morelos, with an investment of nearly 22 million euros. . With this new addition to its portfolio, TM consolidates its presence in the country and its attachment to the hotel sector. However, despite the sharp decline in tourism across the world, the relevant decision was made to keep all three hotels open throughout the year with minimal occupancy levels. This effort allowed the company to return to its activity levels much earlier in 2021.

In 2020, TM was very aware of its commercial commitment, focusing its efforts on combating the negative impact of the crisis on all of its stakeholders. An advance of 8 million euros has been granted to companies collaborating on work in progress in Spain to inject liquidity and help preserve jobs. From a social point of view, with a budget of 1% of net profit, more than 30 social projects have been carried out in Spain and Mexico, benefiting 1,500 people. These include the food donation campaign in 11 municipalities in 4 autonomous communities in Spain and the opening of two soup kitchens in Mexico.

The group, which plans to build 1,215 properties in 2021, started the year with 18 projects exceeding pre-established pre-sales targets, a consequence of the significant reactivation of transactions following the end of the state of alert, especially during the months of April, May and June. Likewise, the company estimates that it will achieve a turnover of more than 200 million euros.

Among the highlights, let us mention its strong commitment to the online sales strategy and a commercial policy focused on consolidating proximity to the international market. TM Real Estate Group plans to open offices in Sweden, Poland, Belgium and Germany, in order to get closer to its main markets.

In the words of Pablo Serna, CEO: “In Q1 sales maintained a stable positive trend while in Q2 we sold more than expected, almost 65% of target for this year. Despite the significant impact of the pandemic on our business, we have shown great resilience as a company thanks to the strength of our business model, our operational structure and our financial solvency. We look to 2021 with great optimism, but also as a year of transition. In addition to returning to pre-pandemic activity levels and figures, we want to make progress on fundamental levers such as digitization, innovation, quality of customer service with the opening of offices in the main European markets. , and our commitment to the environment.

Celtic vs West Ham United – Everything you need to know