IIt was a surprise that my cruise around the Baltic took place – the date and itinerary had changed several times – but when it finally did, it was an e-bike trip to Lithuania that really stuck with me. breathless. From Klaipeda on the west coast, our group of 15 – plus our guide, Sima – set out to pedal up the Curonian Spit, pedaling along pine-lined paths that gave way to dunes. Beyond lay a stretch of sand almost an exact replica of the Norfolk coast, down to the gulls circling above.

But we were far from the coast of East Anglia. The enclave of Kaliningrad – an area under Russian control between Lithuania and Poland – is less than 30 miles to the south. It was the closest anyone got to Russia.

In previous years, an overnight stay in St. Petersburg after wandering its Winter Palace and an evening at the ballet would have been the centerpiece of my ten-night Northern Kingdoms itinerary with Oceania Cruises. This summer, however, was different. Covid-related lockdowns had already pushed my browsing back three times before, and in February Russia’s invasion of Ukraine made the “window to Europe” unviable again.

Before leaving Copenhagen in mid-August, I wondered if, without St. Petersburg, the cruise was still worth it. Would Brits even be welcome elsewhere in the Baltics?

A beach on the Curonian Spit

Those doubts proved unfounded, with our 1,250-passenger ship, Marina, enthusiastically welcomed at every port, even when we weren’t expected. A late cancellation of our scheduled stopover in Gdansk, Poland, was disappointing, although its replacement – Bornholm, an island in Denmark that receives more sunshine than anywhere else in the country – proved to be a pleasure; on a summer excursion, we sipped wine at one of the country’s largest vineyards and ate smoked herring over rye in the fishing village of Snogebaek. Locals were happy for tourists to visit.

Marina was only half full on our cruise – partly due to a post-Covid distancing policy and partly due to cancellations – but those who went ahead were eager to experience the lives of people in the ports we visited. Part of the fun was due to Oceania Cruises’ OLife Choice offer, which gives passengers either six free excursions, a drinks package or around £500 onboard credit.

Opting for the activities was the right decision. In Riga, for example, we took an architectural tour that opened my eyes to the history of the Latvian capital. The city has more art nouveau buildings than Vienna or Prague, I learned from our guide, Zana, who showed us the best of the ornate facades on Albert Street. Chatty and relaxed, she also pointed to the police cars in front of the Russian Embassy – it was next to the Ukrainian Embassy.

More than a third of Riga’s residents are Russian-speaking and only watch Russian TV, Zana told us, so it was no surprise to hear that there were fears of a Putin-ordered invasion. Less expected was news of plans to demolish the massive Soviet-built Victory Monument, a memorial to Red Army soldiers killed in World War II. Although not part of the tour, our driver was happy to take us past the site. It collapsed a few weeks later.

● 12 of the best mini cruises
● Incredible river cruises in Europe

Back on Marina, reduced passenger numbers meant I had the rush of its four specialty restaurants: Polo Grill for steak and lobster; Toscana for Italian cuisine; Jacques for French dishes; Red Ginger for Pan-Asian dishes – all of which were excellent and included in the price. There was also the Grand Dining Room, with an extensive menu of international dishes, and the Terrace Café.

I also took advantage of the free afternoon teas – in the Upper Deck Horizons Lounge, while two violinists played – and included coffees at the Baristas Cafe, overlooking the pool. I didn’t make it to the Culinary Centre, where passengers can learn how to make dishes from Red Ginger and Jacques’ menus (£76pp).

Tallinn has been on the tourist map since Estonia joined the EU in 2004, and its UNESCO-listed Old Town is full of beautiful buildings, the oldest dating from when the capital was a trading outpost. Today there are Lutheran and Russian Orthodox churches, as well as a Gothic town hall in the medieval square of Raekoja Plats, all surrounded by the 13th century city walls.

Beneath Tallinn is an extraordinary network of tunnels, and a tour of the city explained its history: Danish and Swedish occupiers, then Imperial Russian rulers, followed by independence in 1918 and Nazi occupation in World War II world, when the passages also served as bomb shelters. . Under Soviet rule they served as a refuge from the threat of nuclear attack – some of the original anti-radiation suits are on display – before becoming a homeless shelter in the 1980s.

We emerged into the sun to find the streets crowded with tourists. Yet despite the peaceful atmosphere, there was visible anger at Russia’s invasion of Ukraine. Around the corner from Raekoja Plats, a policeman was watching the Russian Embassy, ​​where the barrier had been covered in red-stained baby clothes and broken dolls, a Ukrainian flag and the slogan “Russia is a terrorist state”.

Our warmest welcome was in Finland; not in Helsinki – with its galleries, museums and perhaps the finest art deco train station outside of New York – but in Hamina near the eastern port of Kotka, about 40 miles from the Russian border. This small town was added to the itinerary when St. Petersburg, just over 120 miles away, was omitted; it has a circular fort, with ramparts around its old town and charming 19th-century wooden houses along roads that stretch like bicycle spokes from its central town hall. 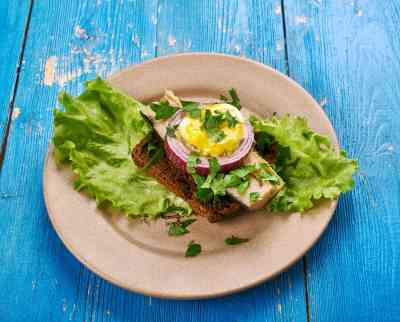 “Thank you for supporting our NATO bid,” our guide said as we drove into this former garrison town, passing signs for St. Petersburg. Hamina of course cannot compete with the attractions of the Russian town, although we could see the fishing lodge of Tsar Alexander III in Langinkoski – a charming wooden chalet. The people of Hamina were also happy to see us, answering questions and even putting on a dance performance.

Was it enough to make up for the lack in Saint Petersburg? The truthful answer is no, because the city is one of a kind. But should you still book a Baltic cruise? Absolutely. Although the Hermitage Museum of Art and Culture is not listed, you can still see the royal palaces and world-class museums of Stockholm, Oslo and Copenhagen, and spend time in chilled and laid-back ports such as Medieval Visby, on the Swedish island of Gotland and Ronne on Bornholm.

As this cruise proved, the beauty of the Baltic is found in unexpected places.

Deborah Stone was a guest of Oceania Cruises, which offers a ten-night full-board Baltic cruise on Marina from Southampton on June 21, 2023 from £3,829 pp including a return flight to the UK from Oslo (oceaniacruises.com)